Is a Twitter edit button really coming? And is it a good thing?

We’ve been down this road before, thinking we’re FINALLY going to get an edit button to help with all those typos we make on Twitter only to be disappointed, but it might actually be on its way…

So it turns out that it wasn’t a joke from Twitter on the 1st of April that an edit button was being worked on, despite what we all thought… 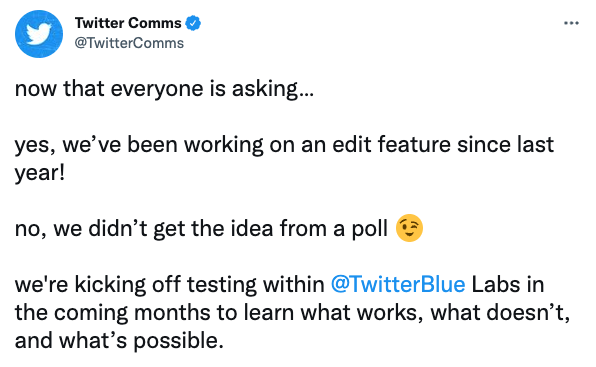 “now that everyone is asking…

yes, we’ve been working on an edit feature since last year!

no, we didn’t get the idea from a poll

we're kicking off testing within @TwitterBlue Labs in the coming months to learn what works, what doesn’t, and what’s possible.”

When is it coming, and what will it look like?

Well, for now, that’s a mystery. Twitter say it’s being worked on and will go out on Twitter Blue first.

It’s not known what the format will be with the rollout after Twitter Blue tries it out, whether verified accounts will be able to try it out before the rest of us or we’ll get it after testing, but we’re interested to see how it plays out.

Twitter can be a toxic place at times with the amount of abuse some people are subjected to, and it’s a worry to some that people will tweet abuse and then go back and edit it - removing accountability if someone isn’t quick enough to screenshot. 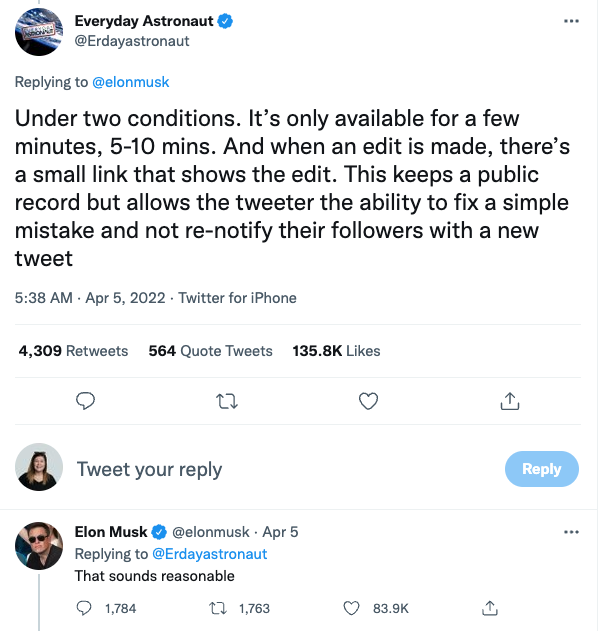 For us, it’s something that would be a nice feature to have especially when we’re furiously tweeting Meta or another social media platform in a rage when something isn’t working, or they’ve rejected our adverts again, and we make a typo.

We’ll wait and see what comes about, or whether this was just a big ploy by Twitter to get us all discussing the platform more.